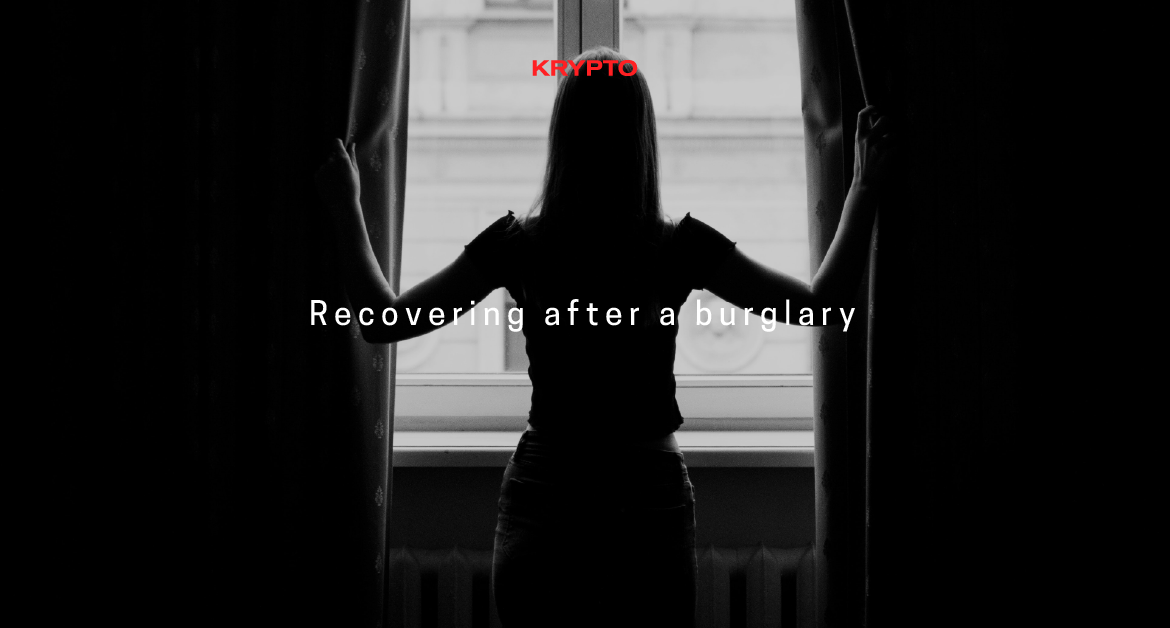 When a burglary happens, a lot more is stolen than simply material possessions. It may not be immediately apparent, as those in the aftermath of a burglary scramble to return their household to some semblance of normalcy, but consistent research has shown that suffering a burglary comes with persistent emotional and cognitive impact.

Victims of a burglary may feel anxiety, depression, fatigue, loss of sleep or appetite, and an inability to feel safe in their home again. There are also emotional responses similar to those of grief as well as similar to those of severe trauma such as physical violation.

Because often a robbery or house break-in isn’t seen as being a crime of the same violence as more severe felonies, victims of burglaries may find themselves unable to communicate all these emotions and the severity of their impact. Additionally, they may be pushed to believe they have contributed to their own victimization if, for example, police comment on security hazards they hadn’t attended to prior to the event. But even if police don’t make such comments, just needing to file a report and list all the damages inflicted may exacerbate the feeling of the trauma.

If you happen to experience a burglary, there are ways to manage the trauma so that your emotional and cognitive quality of life returns to normal as quickly as possible.

Here are some basic steps to take towards managing the emotional trauma of a burglary:

This might sound like a no-brainer, but it’s harder to do than it sounds when you are going through the aftermath of a burglary.

The first and most important step to being in control and handling emotional trauma of any kind is to acknowledge it and accept it as normal. You must afford yourself the time to feel and process the rage, the fear, the guilt, even the helplessness or desperation that come with a burglary as they are all normal reactions everyone has.

Don’t be afraid to cry, be angry, or ask for space from others. Letting your emotions manifest will help you get over the first brunt of the emotions so that you can function, and it will set a good example for the others of your household to do the same.

The fastest you go through what is necessary to remedy and handle the practical issues that arose from the burglary, the fastest you will be able to put it behind you. Dealing with even unsavory things or even things that stress you at the moment (such as filing the police reports, sorting through your possessions, tidying up, etc) ultimately has a healing factor: it puts you back in control of your own space.

The more you work on your environment and deal with authorities, the more you erase the traces of the burglars from your home. So make sure that, even if you feel too tired or too distressed to do so, you put in the work as fast as possible.

Talk to your supportive people.

Communicating your feelings and thoughts about the burglary and any other relevant issues will help temper the ferocity of your emotions. It will also help with reducing friction or intolerance between family members.

Do not stray from your routine for long. Make sure that you keep doing things as you did before the burglary. If necessary, make changes to your routine that reassure you and reinforce your sense of safety.

Feeling guilt over what happened or questioning why it happened in an existential manner is likely to burden you rather than help you. Burglaries happen all the time, every day. Not one person deserves to be burgled, no matter how ‘neglectful’ or ‘careful’ they had been in protecting their property. Don’t put the blame on yourself for someone else’s crime.

That said, what can help you move on and reintroduce a feeling of safety while being in your house is to make changes to it and to your behavior: secure your home so that burglars are unlikely to enter it at least in the same manner they already did. Establish routine checks of keeping all your doors and windows supervised or secured/locked. Invest in a security system, as it will not only alert you in case of a burglary but also actively deter burglars from targeting your home again.